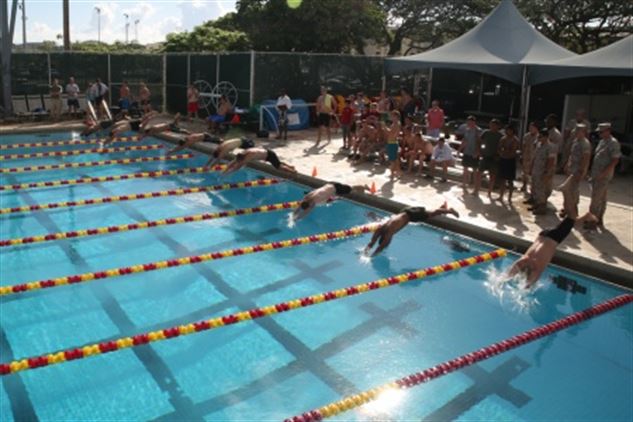 Webster’s dictionary defines the word “paradox” as a “statement that seems contradictory, unbelievable or absurd, but that may be actually true in fact.” In the field of Sports Performance Enhancement, there is no more important paradox that you must learn than the paradox of winning and losing. What is it? Is winning important to you? Do you truly, desperately need to win? The more a winning outcome is important to you, then the further winning must be from your consciousness and focus of concentration when it’s competition time. Want to beat that perennially tough rival of yours? Then, the further thoughts of him/her must be from your mind as the competition begins. When you think about or concentrate on winning, that is, when you keep winning close to you, the reality of it ever happening goes further and further away from you. Paradoxically concentrating on winning makes it more likely that you’ll lose. Similarly, when you dwell on beating that opponent of yours, you significantly increase the chances that he/she will beat you. Far too many athletes, coaches and parents do NOT understand how the paradox of winning works. If you fail to grasp its significance, then you will continue to choke under pressure and consistently steal defeat from the closing jaws of victory.

Today we will address this all-important “paradox of winning” as it is related to THE PARENT.

“It’s a cop out to not focus on winning. Why else compete?”

A 13-year-old girl was referred to me by her coach last year. As a swimmer this little girl had had a significant amount of success when she was younger. She dominated her age group as a 10 and 11 year old, winning everything she entered and attracting a ton of national attention. As she got better and better, her mother took more of an active interest in her swimming. She began staying for many of her daughter’s two hour practices, (if you don’t already know it, it’s unbelievably exciting and interesting to watch swimmers go back and forth, back and forth, back and forth, ZZZZZZZzzzzzz). Soon Mom started a practice and performance logbook for the girl and memorized all her event times and precisely how far they were off the national records. It wasn’t long before Mom became more involved in the technique that her daughter’s coach was teaching her. After meets, Mom would sit down with her daughter and go over what she had done wrong and what she could correct for the next race. Gee, it’s nice that Mom was being so “helpful!” Too bad that what Mom was doing was EXACTLY WHAT YOU SHOULDN’T BE DOING if you want your child to become a champion!

The shift was so subtle that dear old Mom never even saw it coming. Maybe Mom was just too distracted by the Olympic theme blaring loudly in her head. Maybe it was the planning of all those future endorsement deals and talk show appearances that distracted her. Perhaps Mom was just too busy being helpful and doing everything in her power to make sure that her daughter became a champion. After all, everyone had been talking about how talented the girl was and that someday … well who knows how far her talent might take her? Mom shouldn’t let all that talent go to waste now should she?

In any case, Mom didn’t notice her daughter’s steadily growing unhappiness. She didn’t pick up on the girl’s suddenly not wanting to go to certain practices. She mistakenly thought that the problem was that now several other teammates were going just as fast. The fact that the girl was suddenly being challenged by her teammates for the very first time in her life might be a problem. Maybe it was that she was starting to lose races. I know Mom certainly had a hard time with this.

The change started just around puberty when the other girls her age began to physically catch up to her. This little girl didn’t grow as much as her teammates did. The worse the girl performed the unhappier Mom got. She couldn’t understand why her daughter was suddenly not being “numero uno.” (This is called the real world, Mom. It is unrealistic to expect your child to win everything, all the time. In fact, it’s downright unhealthy. Not to mention the fact that losing and failure are necessary and valuable lessons for future success. Without failure and setbacks, an athlete can NEVER get stronger and become a champion).

Mom “shared” her unhappiness with the coach. Truth be told she complained to the coach about her daughter’s “failings.” Actually the girl wasn’t really failing. She was still swimming faster than she had before. The issue was she wasn’t winning everything in sight. Therefore Mom naturally assumed that something was wrong and that the girl was failing. Unable to recognize her daughter’s success, Mom made her dissatisfaction known to the girl. Soon she began swimming slower in meets and her own frustration began to grow. Soon her frustration and unhappiness turned to tears, as she would leave her meets miserable. The slower her daughter went, the more Mom complained. She began to question the coach’s technique and strategies. After all, if her little Olympian was getting it done, it must be the coach’s fault.

“If you truly want your child to get as good as possible in this sport, if you truly want your child to obtain that college scholarship, if you truly want them to be happy and stay in the sport as long as possible, then there are some things that you MUST do as a parent to insure that this happens. First off, you must STOP focusing your child on outcome. The absolute worst thing for you as a parent to do with your young athlete is get them focused on winning, records, qualifying times, batting averages, MVP awards, Making the National Team, etc. When parents distract their child-athlete with this outcome focus it has the exact opposite effect that they intend. The more you focus an athlete on outcome, the less likely they will reach that outcome!”

“Second, you must stop comparing your child to her teammates and her opponents. Peak performance happens when you as an athlete focus on YOU and no one else! Concentrating on what others are doing will distract you from the task at hand, tighten your little muscles up and insure that your performance consistently reeks! Instead you should encourage your child to focus on her goals, her times, her performance and NO ONE ELSE! Remember the paradoxical nature of sport. Want your child to beat someone else? Want them to outplay and crush that real annoying parent’s kid? Well, if you do, you had better do everything in your power to get your child to focus on what he/she is doing and NOT on the opponent!”

I must admit that while I was having this conversation with Mom, I had some serious doubts as to whether she would really believe me. I’m ashamed to admit that my insecurity about this caused me to provide Mom with some of my credentials. After all, if an expert is saying all this stuff, it must be so, right? So I told her I have worked at the Olympic Training Center in Colorado Springs, I have worked with World Class and Olympic athletes. I even through in the fact that I have worked with any number of professional athletes across a number of different sports. I should have known better!

One week after my conversation she emailed me to complain about another bad meet and more bad results. Two weeks later she emailed me again and pointed out that her daughter’s times were still abysmally slow and that she had lost every one of her races. Three weeks later she “fired” me telling me, “IT’S A COP OUT TO NOT FOCUS ON OUTCOME/WINNING. WHY ELSE WOULD YOU COMPETE?”

I was glad that she had listened so carefully to what I had to say and that she had changed her behaviors so well. Ahh, what do I know anyway? I’m just an ex – spurt!

p.s. Mom’s little girl is no longer in the sport. Another victim of “mother/father knows best and don’t tell me how to raise my child!”