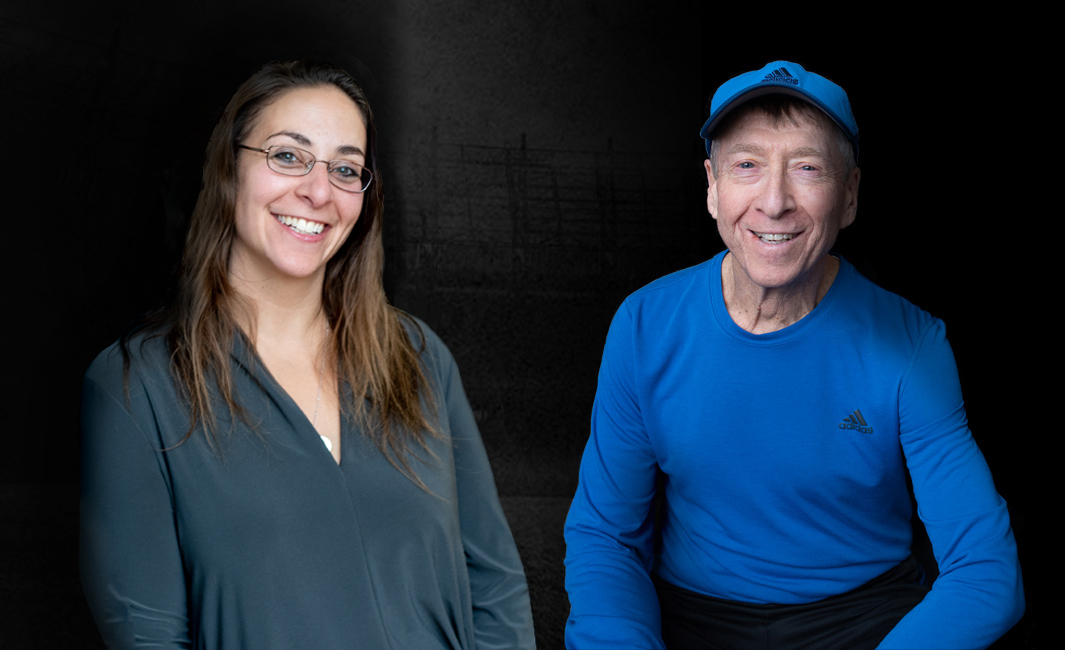 Let them personally coach you through that slump, block, or performance fear so you can develop mental toughness and reach new heights in your sport.

Many performance problems are rooted in past athletic injuries or upsetting sports experiences that get stored in the mind and body. Dr. G and his daughter Sara V are two of the only sports performance consultants who view these events as important in addressing and effectively resolving the performance problem to help you regain your lost skills and perform like a champion again.

When you compete… Are you your own worst enemy? Does your head seem to always get in the way of your performance? Do negative thinking, self-doubts & excessive nervousness tie you up in knots? Are performance fears and blocks preventing you from moving up to the next level? Have you suddenly lost the ability to perform like your old self?

If your answer to any of these questions is “yes,” then we can help you get back to performing like your old self again, and probably even better than ever. As internationally-known experts working with sports performance problems, we specialize in helping athletes across all sports and at every level who are struggling with seemingly mysterious repetitive performance problems. We help athletes better-understand where these problems come from and how to get unstuck. As your very own personal head coaches, we will teach you how to get yourself back on track, develop mental toughness, and avoid future mental traps.

Most repetitive performance problems are a result of past upsetting physical and emotional experiences that are often directly related to your sport. These include injuries, concussions, scary close calls, collisions as well as emotionally upsetting events like choking, letting the team down or being yelled at or mistreated by a coach. We automatically memorize these upsetting experiences, and long after they have been forgotten, the physical and emotional components of these upsetting events remain in our system. The next time we are in any way reminded of these upsets, (i.e. having to play on the same field or in similar weather conditions) or you’re under pressure, then components from the original experience, (images, emotions, physical sensations, fear, and negative thinking) break into consciousness and suddenly, and for no apparent reason, we start feeling a sense of danger inside.

When our nervous system senses this danger, then our biology as mammals takes over. What does this mean? The most important thing to mammals is SURVIVAL and when we’re threatened, either externally or internally, our nervous system will automatically click into self-protective response. The most powerful reflex in our body is self-protection and because of that, our need to stay safe will easily trump any trained performance skills. Most people understand this self-protective reflex as FIGHT or FLIGHT. However, when we’re on the blocks for the start of a race, in the batter’s box or on the mound ready for the pitch or getting set to throw a pass, shoot a shot or serve, you can’t really fight or flee. So, when any mammal is in a position of danger and the self-protective responses of fight or flight are blocked, then there is a third, default survival option that automatically clicks in: The FREEZE response and suddenly we can’t get our body to do what it knows how to do. We can’t get ourselves to swim, ski or run faster, go for the roundoff-backhandspring-backtuck, throw the reverse and a half, be aggressive on the mat, throw the ball back to the pitcher or make the play at first!

Without knowing it, the athlete is struggling with what we call Repetitive Sports Performance Problems, (RSPP’s). We help athletes resolve these RSPPs by teaching them effective techniques that will help them perform like their old selves!

Call for an Appointment

Struggling with Repetitive Sports Performance Problems? We can help.

These techniques will help them:

Recognize and understand the role that they may have been playing in keeping themselves stuck. Some slumps are a result of bad conscious “mental strategies.” That is, you concentrate on the wrong things, make the wrong pictures in your mind and use confidence-eroding self-talk before & during your performance. If these “mental mechanics” are off, you can be one of the best athletes in the world and you’ll still perform badly! Mental toughness is enhanced by learning to recognize all these more conscious, mental mistakes.

Avoid the “trying harder” trap. Athletes get to where they are by working hard. If something is causing a performance problem, the typical athlete will just put more effort into solving the problem. While this problem solving strategy may work when it comes to learning new technique or getting over a bad habit, it has the opposite effect when the problems are related to your mental mechanics. The normal frustrations that arise when you’re slumping tend to cause the athlete to try too hard. However, peak performance can only happen when you’re completely relaxed and letting the performance happen. “Trying harder” or forcing yourself to play better is the game of diminishing returns: The harder you try, the worse you’ll do.

Get unstuck! It doesn’t matter if you’re a batter in a slump, a swimmer or runner who goes faster in practice than in the big races, a gymnast, diver or skater who is blocked by fears or a particular skill, a soccer, lacrosse or football player who can’t seem to let go of his mistakes, a basketball player who can’t seem to find his jump shot or any struggling athlete in any sport. The aim of this third step is to not just help you eliminate the problem, but to leave you with the mental toughness skills which will help you avoid these kinds of difficulties in the future. Simply put, when you’re done with your training with me you’ll be far more mentally tougher than when you started.

Sessions with Dr.G and Sara V will have you back on track and performing to your potential.

Call for an Appointment