Is Your Head Getting in Your Way?

Ask any tennis pro out there how important the mental part of the game is and they’ll tell you it’s at least 90%!

Tennis players who consistently win do so because they are mentally tough. That is, they have the ability to:

How about you? Do you have trouble closing out your matches? Does the sound of the grass growing distract you? Are there certain opponents who “own” you – who you just can’t seem to beat even though you have a better game than they do? Do you get so down on yourself after a double fault, blown put-away, or lost lead that you mentally take yourself out of the match?

If your answer to these questions is a “yes”, then perhaps it’s time for you to add some mental toughness tools to your shot selection and match strategy. If your head is the weakest part of your game – if you have the reputation around your club or team as being a “total head case” – then listen up! Your game is only as strong as its weakest link. You can’t get better as a tennis player unless you commit yourself to finding your weak links and systematically working on them. If, like a lot of players, your mental game is what holds you back, then it’s time to get serious about working on this critical part!

If you think of yourself as a “mental weakling”, then don’t despair! Like any other training arena in tennis, you can learn to systematically develop and strengthen the mental side of your game. Regardless of what level you play this game at, with a little mental toughness training you can improve your consistency and raise the caliber of your play. Let me share with you a personal example:

As a sophomore at the University of Massachusetts, I was the #1 singles player. Our season built up and culminated in our conference championships. That tournament was broken into six singles divisions corresponding to each player’s position on the team. I fought my way all the way to the finals in the #1’s bracket. In the championship match, I had to play a 6’ 5” hard-serving lefty from New Hampshire who had easily beaten me two weeks prior.

On this particular day, however, I was playing out of my mind, loose, relaxed, and simply focused on one point at a time, one ball at a time, and on nothing else! Concentration is the key to athletic excellence, and choking in this game is always a direct result of having the wrong kind of focus. When your mind “time travels” and you visit the past and/or the future before and during your match, you will get yourself too nervous to play your game.

I won the first set, 6-3, with aggressive, well-placed shots, hard accurate serving, and perfectly-timed assaults on the net. I continued this brilliant play into the second set and built up a 5-2 lead in our best-of-three-sets contest. I was now about to serve for the Conference Championship and my opponent hadn’t been able to touch my serve the entire match. Good tennis always comes directly from a mindset where you’re not thinking and you’re loose and relaxed.

As we changed sides at the 5-2 break, I happened to glance off the stadium court and my eyes settled on the awards table that the tournament officials had begun to set up. On it was a very big trophy that belonged to the #1 singles player in the conference: ME! For the first time all day I started to think about winning. 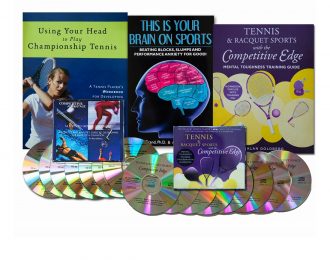 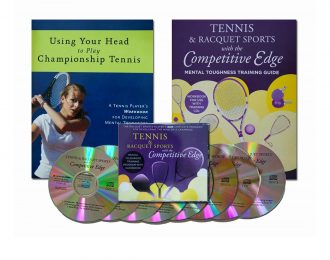 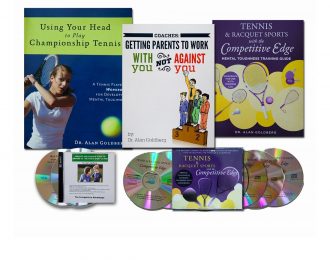 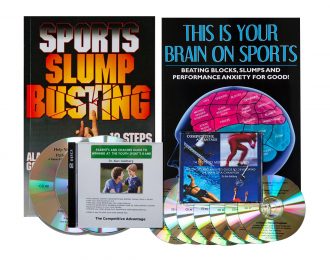 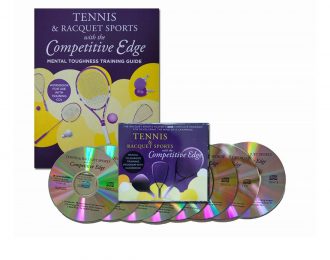 Tennis with the Competitive Edge 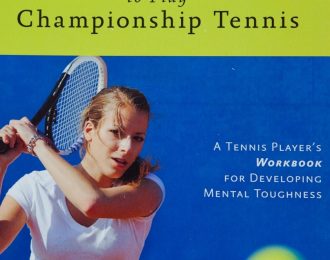 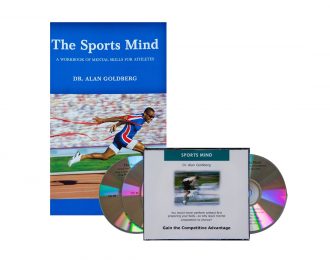 One of the paradoxes in tennis is that if you really want to win, you can’t focus on winning. You’ll always play the best tennis of your life when you have nothing to lose and when the outcome of the match is the furthest thing from your mind. If you’re too preoccupied with the outcome or worried about getting upset by a lower-seeded player, then there’s a good chance that this nightmare will come true.

As I got ready to serve, I was thinking outcome thoughts, “You’re only four points away from winning! Hit a big serve! Go for it!” As I thought this, I tightened up and sent my first serve six feet out. As I continued to think about winning, I sent my second serve into the bottom of the net, Love-15. As I stepped over to the add-side to serve, I kept telling myself “You can win this! Go for a big serve! Hit an ace!” As I got more excited, I began trying too hard. Then, after I double-faulted again, I started to panic: “Oh my God. What if I blow this? What if I choke? Remember what happened two weeks ago?”

This made me scared and tentative. Now, worried about blowing my lead, I abandoned my previously-aggressive game and let my opponent back in the match! To make a very long and painful story short, he broke my serve to go to 3 games to 5. He held his serve, broke me again and then went on to win the second set, 7-5. By this time, I couldn’t get my focus or confidence back and I went on to lose the last set and match 7-5. As painful as this experience was, I learned some valuable lessons about how to mentally handle myself under pressure and what to concentrate on. These lessons formed the foundation for winning the Conference Championship my last two years!

With mental training and practice, you too can begin to strengthen your mental muscles so that these kinds of choking experiences fade into the distant past.

Dr. Alan Goldberg is the former #1 singles player for the UMass Minutemen and twice Conference Champion. He has taught tennis professionally for 22 years. As a Sports Performance Consultant, he has worked extensively with all levels of tennis players from around the world, helping them overcome blocks and play to their potential. He is the author of the revolutionary book, This Is Your Brain On Sports: Beating Blocks, Slumps and Performance Anxiety for Good! Check out his popular Mental Toughness Training Package. 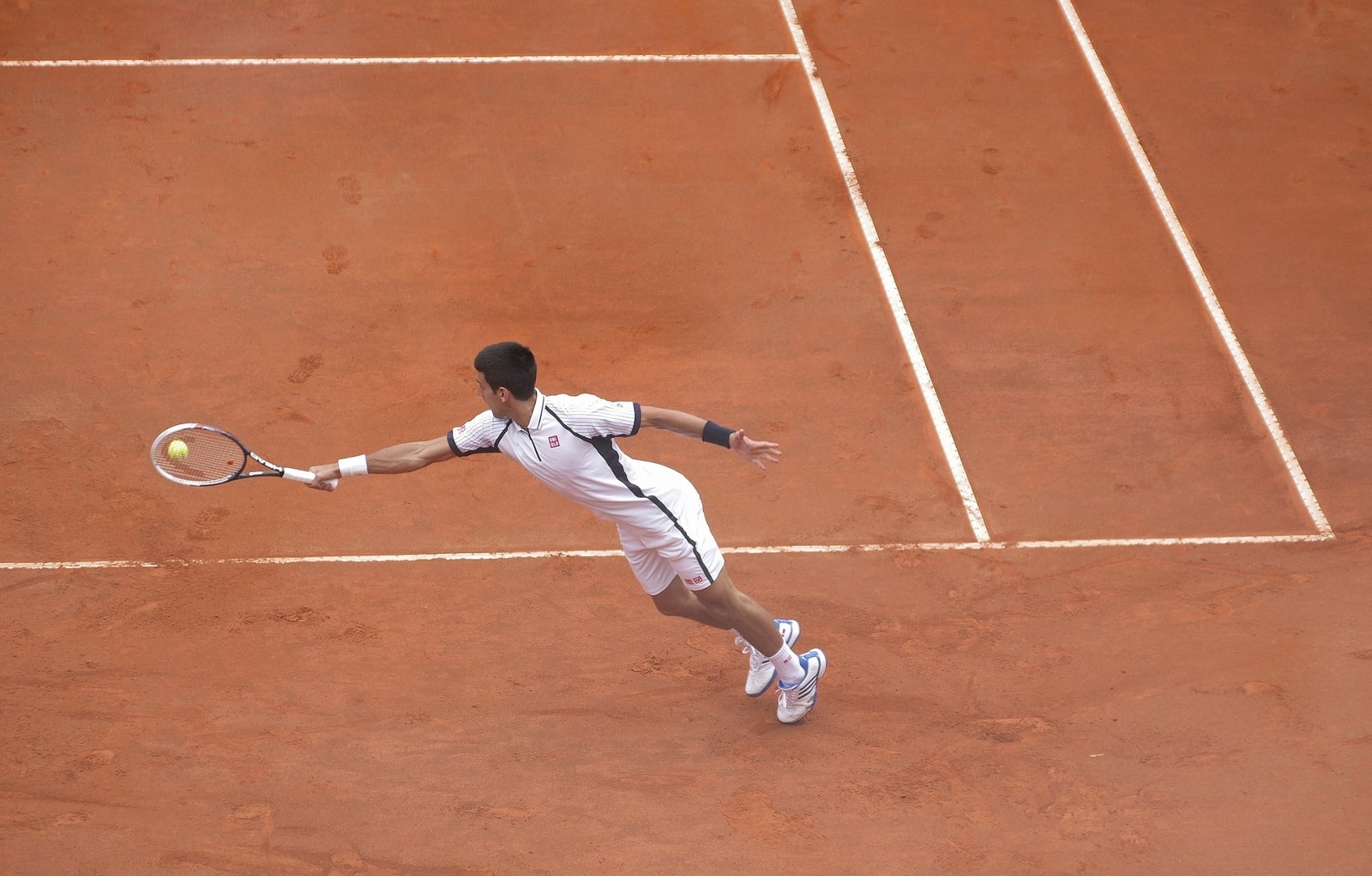 HANDLING CHEATERS
Cheating is probably one of the most upsetting behaviors that athletes have to deal with during competition. When your opponent cheats, not only is he/she dishonestly bending the rules to your disadvantage, but he/she is flat out stealing…

OVERCOMING PERFORMANCE FEARS AND BLOCKS
Are you struggling with a seemingly mysterious performance problem? Have you or your athlete suddenly lost BASIC abilities? FINALLY understand where this FRUSTRATING problem comes from and what you can do about it!

Tennis with the Competitive Edge 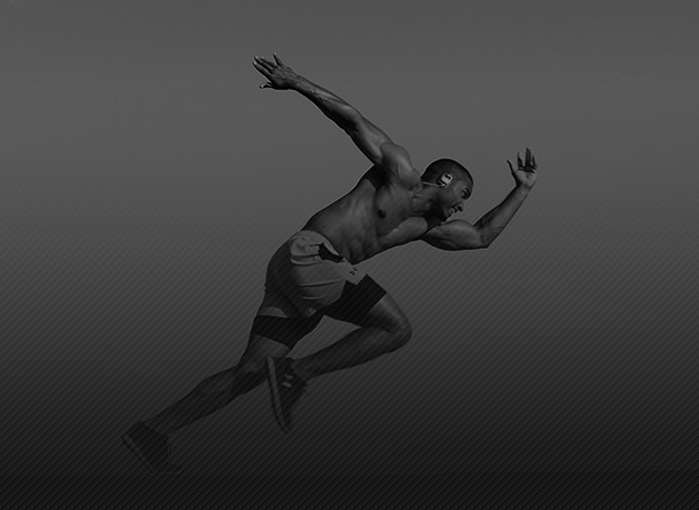 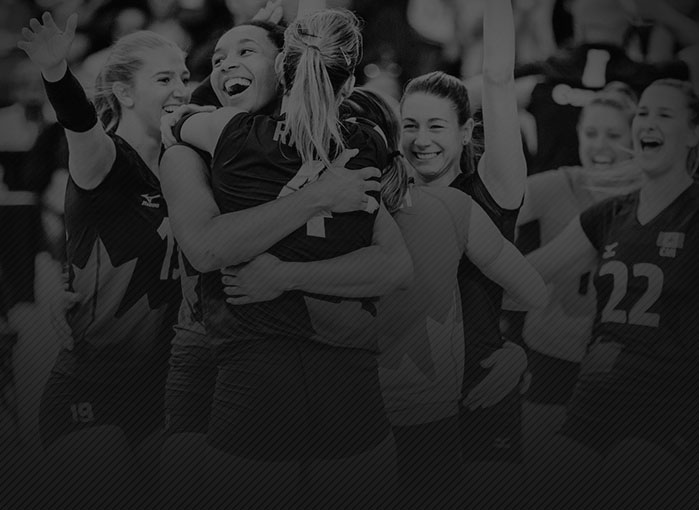