In my book, Sports Slump Busting, I discuss how fear closes the door on peak performance and can lock you into a slump. I present some techniques you can use to neutralize some of the paralyzing effects of fear, especially when that fear is related to a physical injury, such as getting hit by a ball, hitting the diving board, or missing a release move in gymnastics. However, fears are more often related to mental wounds than physical – fear of failing, making mistakes, or letting the team down – and therefore require different strategies to overcome.

Today I want to zero in on one primary source of these mental-based fears: your BELIEFS. Expecting success is one of the 10 critical steps to mental toughness and peak performance.

If you don’t really believe in yourself, then you’ll enter competition entertaining the what-ifs and expecting failure. Unfortunately, these worries and negative expectations shape your performance. To bust that slump, you must learn to expect success and to believe in yourself. You must challenge those negative, slump-fueling beliefs that have forced their way into your consciousness.

As an athlete, you are limited MOST by what you BELIEVE is possible. Belief is a key ingredient in peak performance. When you believe in yourself, there are very few limits to how high you can fly. However, if you doubt yourself, you’ll never even get off the ground. To get yourself airborne again, you must learn to expect success. 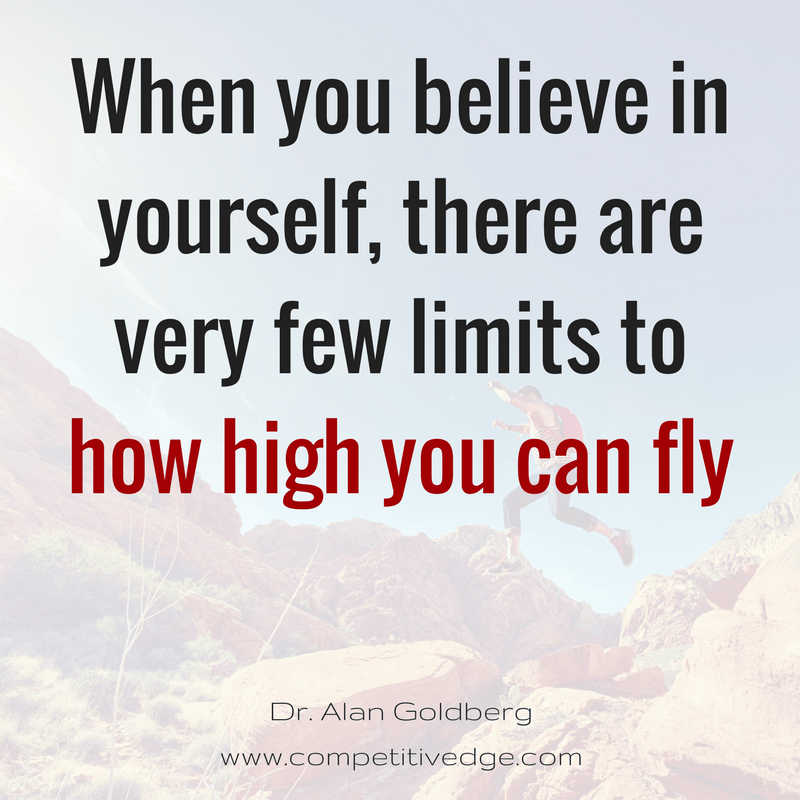 Belief can help you find the possible in every impossible. It can take ordinary ability and elevate it to the extraordinary. It’s that unknown catalyst that, when added to the equation, makes everything wonderfully unpredictable. It transforms the whole into something more than its component parts.

For example, in 1990, heavyweight world champion boxer Mike Tyson stepped into the ring to defend his title against James “Buster” Douglas, a perennial loser with a reputation for quitting. The fight was so mismatched that the bookies weren’t even taking bets on the outcome. Everyone knew Tyson was going to win. The only interesting question on everyone’s mind was what minute of the fight would Douglas hit the canvas.

But Buster Douglas was on a personal mission and had a hidden advantage. He alone believed that he had a chance to beat Tyson. It didn’t matter that everyone else saw Tyson as unstoppable and viewed this bout as the mismatch of the century. Douglas had dedicated the fight to his recently deceased mother and believed in his heart that she was in his corner. His belief helped him rock Tyson and the entire fight world as he pulled off one of the greatest upsets in boxing history, twice knocking Tyson down and scoring a TKO.

How many times in sports do we witness the incredible power of belief in propelling athletes and teams to accomplish the seemingly impossible? A positive belief cycle always propels you toward success. If you expect to win, you treat failures, obstacles and injuries differently than if you expect failure. When the going gets bumpy, you simply become more tenacious. You refuse to quit. Setbacks further fuel your motivation and determination to succeed. Your positive belief sets up a “self-fulfilling prophecy” in which you end up getting what you expect.

You can find more information about how to break down the walls of self-limited beliefs and replace them with performance-enhancing ones in my book, Sports Slump Busting. I go into further detail about expecting success and how to understand and break down your negative beliefs, as well as the other 9 steps to ultimate mental toughness and peak performance.