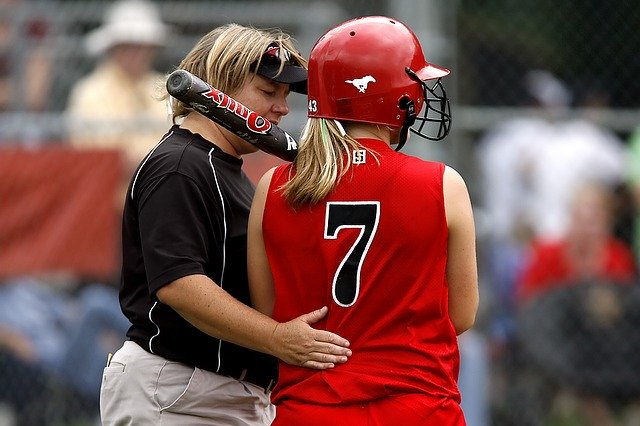 The new year is here! Is your child athlete feeling ready? As a coach, you have an enormous impact onn your team’s success and attitude. Are you ready to help your athletes make 2020 the best year yet?

The vast majority of athletes out there enter new phases fueled by “external motivations.” Whether it’s a fear of getting cut, a dread about how much of your free time is about to get swallowed up, or a knowing that they have to do some painful, distasteful things in order to get ready, these athletes seem to be motivated by moving away from something unpleasant rather than moving towards something pleasurable.

For example, “if I don’t do all this conditioning, the coach will be really ticked off at me,” or “I hate having to do these stupid weights, they’re such a waste of time.” It’s this kind of negative motivation that will ensure that you get the very least from your training efforts. However, if you go into the season actually wanting to train, looking forward to and driven internally by your own goals and dreams, then you will, by far, get the very most out of your God-given abilities.

So what’s your attitude going to be towards this season? How are you going to approach your team’s training? A positive one will make it turn in the right direction and take you both as far as you’d like to go. A negative attitude will spin out of control, move your team away from its goals and leave everyone worse off. In this blog series we have discussed the importance of training with a winning attitude as it relates to the athlete and the parent. Last but not least is the COACH’S OFFICE!

“Have you had your attitude checked recently?”

If there’s one thing that coaches across every sport and at every level really want, it’s athletes with great attitudes. More than tremendous ability, great strength, solid conditioning, or even an in-depth tactical understanding of the game, an athlete’s attitude can make or break a coach’s experience on the team and his or her ultimate success. This is one of the reasons why the best teams or stronger athletes don’t always come out on top. Attitude is what wins. Athletes who work hard, are willing to learn from you and can take constructive feedback, care about the team more than themselves, are positive, enthusiastic and passionate about the sport, and who are unselfish role players are a joy to coach and make your job so much easier.

On the other hand, selfish, cocky, primma donnas who think they have all the answers, who are unwilling to take constructive feedback from you, who are only concerned with their playing time and their publicity, who are disrespectful to you and their teammates, and who are brimming with negativity which they always tend to “share” with everyone around them can make your life a living hell and get you considering that early retirement on an uninhabited desert island. After a while, talent becomes less and less important when compared with attitude. Great athletes with rotten attitudes DON’T make those around them great and certainly DON’T win championships. You as a coach are making a deal with the devil every time you ignore your instincts about a player and shut out negative feedback about his attitude because he’s so good and you just have to have him on your squad.

So, if attitude is so important to an athlete’s and team’s success, what, if anything does that say about the significance of the coach’s attitude? It seems quite obvious to state here that if a coach has a rotten attitude, everyone around him or her will lose. The fact of the matter is that the coach’s attitude is 100 times more important than any individual athlete’s attitude because the coach is in a primary position of teaching and leadership. If the coach is the builder and the architect of a winning program, then who he is as a person, how he acts and his attitude are his primary tools. However, as you read these words, how often have you had the courage to take an honest look at yourself in the mirror? How often to you question your interactions with your athletes? How much responsibility do you take when things go wrong? When an athlete has a persistent and annoying performance problem, do you look to yourself first for the cause or do you simply get frustrated with and blame that athlete for being a “head case?”

As you well know, modeling is by far your most powerful and effective coaching tool. It’s how you carry yourself on the court, field or track and who you are as a person in your day-to-day interactions with your athletes that does the real teaching here. Sure your knowledge of the game is crucial, but your actions and behaviors always speak so much louder and more forcefully than your words. In the end, what you have to say is totally worthless if your attitude demeans or alienates your players while you’re saying it. What you have to say will always fall on deaf ears if your behaviors consistently contradict your words.

A few years back I was called in to work with a D-I team by the assistant coaches. It was explained to me that the head coach wasn’t really interested in what we were going to be doing because he didn’t believe in any of this “mental crap.” As a result he never came to any of our 5 meetings over the course of the season. I doubt that he had any clue what his closed mindedness was modeling for his players. In private, the assistant coaches complained to me that the head coach was incredibly negative; always putting the players down and just flat out not doing his job. He wasn’t teaching them. He just yelled and swore at them for what they did wrong and offered no constructive or positive feedback. In our team meetings, the players bitterly complained to me about this and the head coach’s failure to listen to and teach them. They had no confidence and felt that the head coach didn’t really believe in them. Furthermore, they felt frustrated by his refusal to accept any kind of feedback from them and felt hopeless to change the situation.

As much as I may walk on water as a Sports Performance Consultant, I don’t feel like I even got off the bottom on this one. Truth be told, my efforts, just like those of the players and the assistant coaches, were doomed from the start because the head coach was negative, closed minded and totally unaware of the impact of his words and actions on those around him. He simply walked around on a daily basis completely out of touch with the reality of his situation! He had absolutely no clue what was really going on for his players and apparently didn’t really care. How else can we explain his attitude and behaviors? As a coach you certainly wouldn’t want this kind of athlete on your squad. How can you expect to be successful, when you conduct yourself in this manner? This is NOT a winning attitude!

As your new season starts, how about a good dose of courage? Courage to be self-aware enough to take an honest look at who you are in relation to your players and assistants. Courage to be open minded. Courage to be open to feedback from those around you, even if you don’t like the feedback. NO ONE can achieve a high level of success without introspection. NO ONE can reach his/her goals without self-awareness. NO ONE can develop a WINNING ATTITUDE without feedback! Remember, FEEDBACK IS THE BREAKFAST OF CHAMPIONS!

If your athletes are consistently underachieving or struggling with a performance problem, contact me today. I can help!