By Alan Goldberg
Posted May 18, 2015
In Attitude, Becoming a Champion, Motivation/Goals, Peak Performance Strategies, Winning/Losing
Getting Off On The Right Foot And Going In The Right Direction2015-05-182020-03-30/wp-content/uploads/2018/12/chm_cometitiveadvantage_logo_header.pngCompetitive Advantage: Mental Toughnesshttps://www.competitivedge.com/wp-content/uploads/2020/03/tennis-player-676315_640.jpg200px200px
0 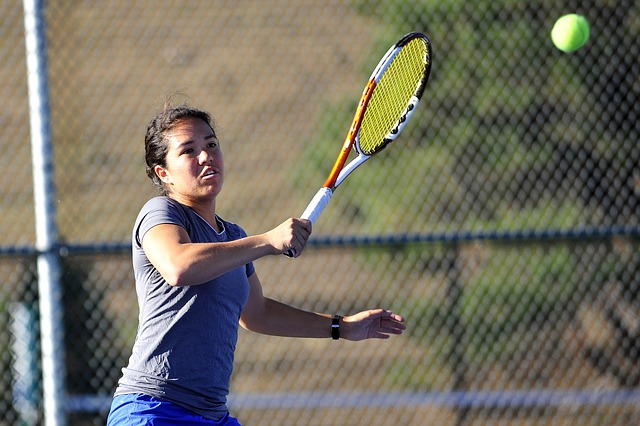 A new year is almost upon us! Are you really ready? Do you have what it takes to get the VERY most out of your physical abilities in 2020? Do you know what you need to do in order to elevate your training to the next level? Is this going to be the year that you finally take those crucial steps towards turning that big dream of yours into a reality? How smart and efficient will you be about it?

The vast majority of athletes out there enter new phases fueled by “external motivations.” Whether it’s a fear of getting cut, a dread about how much of your free time is about to get swallowed up, or a knowing that they have to do some painful, distasteful things in order to get ready, these athletes seem to be motivated by moving away from something unpleasant rather than moving towards something pleasurable.

For example, “if I don’t do all this conditioning, the coach will be really ticked off at me,” or “I hate having to do these stupid weights, they’re such a waste of time.” It’s this kind of negative motivation that will ensure that you get the very least from your training efforts. However, if you go into the season actually wanting to train, looking forward to and driven internally by your own goals and dreams, then you will, by far, get the very most out of your God-given abilities.

So what’s your attitude going to be towards this season? How are you going to approach your training? As an athlete, your attitude makes the performance world go round. A positive one will make it turn in the right directions and take you as far as you’d like to go. A negative attitude will spin you out of control, move you away from your goals and leave you wishing you had signed up for underwater basket weaving instead of your Fall sport. In this blog series we will discuss the importance of training with a winning attitude as it relates to the athlete, coach and parent.

First up: the ATHLETE’S locker room.

The heart of a champion – What’s in yours?

At the start of the 2003 rain-soaked US Open in Flushing Meadows, New York, the tennis world formally recognized the retirement of Pete Sampras with a brief ceremony the first evening of play. Sampras is considered by many to be one of the greatest male tennis players in the history of the sport. I don’t know about that. What I do know is that over a tennis career that has spanned almost 30 years, Pete was always a class act. He was a true champion, a winner who played with style and heart. Interesting enough, over the years, so many fans missed just how much of a class act this guy really was.

During his career Sampras has had a ton of detractors. He was criticized for being “boring,” for bringing nothing to the pro game. All he did was win! He wasn’t controversial. He didn’t swear at the umpires. He just won with class. He didn’t throw temper tantrums. He didn’t lose emotional control and yell and scream. He just won and was a good sport about it! He was just plain, predictably and totally uninterestingly vanilla. And, oh yeah, did I mention that he just won, and won and won. Critics wanted “color” in the game. They wanted controversy. They wanted players to be poor sports who threw the finger at the crowd, demeaned the lines people, called the chair umpire unprintable names, smashed their rackets down in disgust and tanked matches when they decided that they just didn’t feel like playing that day.

Sampras did none of that! He played hurt. He played sick to his stomach. He played wracked with cramps. He played emotionally devastated after losing his long time coach to cancer. He gave it his all, all the time! He refused to quit. He played with unbelievable heart. He never gave in to his emotions until after his matches were over. He carried himself like a winner at all times, especially when he was out there in front of all those cameras. And for this he was criticized? For this he was called boring?

In the last couple years of his career, Pete’s star had been steadily falling. It was clear that he was nearing the end of his illustrious career. He hadn’t won a tournament in well over a year. Predictably all the “experts” pounced on him and said that he was all washed up, finished, over the hill! In September 2002 at the US Open, he did what he does best. He shut those critics up just one more time with class and style. He spoke loudly without once opening his mouth. He played his heart out and dominated the tournament getting all the way to the finals and, in the process, beat several top ranked players in the world. And then, to make his statement that much more powerful, he faced his long time archrival, Andre Agassi in the Championships and decisively beat him in 4 sets to win the tournament and yet another Grand Slam title.

Want to become a REAL champion? Then model yourself after Sampras! Learn to play with Sampras’ heart! Learn to control your emotions. Be a good sport. Give it your all, ALL the time, NOT just when you feel like it. Perhaps there is something very wrong with how we as a sports culture measure championship make-up. Maybe we have our priorities completely screwed up that we find boorish, unsportsman-like behavior more interesting than class and heart? Maybe we need loud, cocky, outspoken, immature acting athletes to get us interested and fired up? Maybe we need our role models putting others down and having public temper tantrums like two year olds? Perhaps we are more inspired by cheating and quitting than we are by the Pete Samprases of the world.

Not me! I know a real champion when I see one and the tennis world was out a big one with Sampras’ retirement. But even if you never watched Pete play, you can still learn something valuable from him right now. Forget the crap you see on television from the majority of professional and high visibility D-I athletes: The grandstanding, celebrating, fighting and cheating. Don’t model yourself after athletes who openly feel the need to tell you and everyone within a hundred mile radius that they are God’s gift to creation. A true champion may feel that way inside, that they’re the best, but inside they are also mature and well adjusted enough to understand that it’s in poor taste to shove that self-centered garbage down others’ throats.

So like Sampras, ACT LIKE A CHAMPION. Conduct yourself with class and dignity. You may hate losing with a passion. It may be the bitterest of pills for you to swallow. But when you lose, and you WILL, be a gracious loser on the OUTSIDE. Congratulate your opponent. Concede the defeat while you rededicate yourself to using the loss as a source of motivation for getting better. Don’t make excuses for why you lost. Don’t blame the refs, the crowd, the playing conditions, bad luck or your teammates’ mistakes. Take responsibility for the failure. True champions don’t make excuses. They don’t whine and blame others. Similarly, conduct yourself like a champion when you win. Don’t rub it in your opponent’s face. Don’t gloat. Keep the post game on-field celebration respectful. Be a gracious winner because the very next time you compete, it could be YOU at the losing end.

Like Sampras, COMMIT yourself to your sport. Dedicate yourself to excellence. Don’t just go through the motions. If you’re going to take the time and energy to participate, you might as well go all the way. Commit yourself to becoming the best that YOU can be. Work your butt off. Be willing to sacrifice. Watch what you eat. Take care of yourself physically. Get enough rest. Keep your studies up. Don’t cut corners. Champions don’t become champions by cutting corners or looking for the easy way out. This means that you must be willing to do more than your best. Instead you must be willing to do whatever it takes to become successful. You must be willing to step outside of your comfort zone on a daily basis.

Be COACH-ABLE. Sampras continued to grow as an athlete right through his career because he was always open to feedback. He always had a coach. You’ll never reach your true potential without good teachers. No successful athlete can really go it alone. Don’t be hard-headed here. If you think you have all the answers and don’t need someone else telling you what to do, then you’re flat out wrong and you’re deluding yourself. Don’t limit your development as a champion. Don’t try to re-invent the wheel. Be open to and look for good coaching. It’s always the fastest and smartest way to get wherever you want to go.

Be HUMBLE. Champions may feel inside that they are the best. However, they aren’t deluded enough to really believe that just because they are good at their sport, that this means that they are a more worthwhile person than their neighbor. Being good at athletics makes you good at athletics period! Contrary to popular belief it does NOT make you larger than life! It doesn’t make you better than others! You may think that you’re a big man on campus because you just won the championship. You may think you’re far more important than that little shlub who plays in the band! Keep in mind though that what you’re great at is NOTHING MORE THAN A GAME! What really makes you larger than life are the things that REALLY matter. How you hit a baseball or shoot three pointers isn’t that important in the game of life. What really matters is how you are as a person. Do you conduct yourself with dignity? Do you respect those that you interact with? Do you make the people around you better? Are you honest and trustworthy? Do you have a generous spirit? Can the people in your life truly count on you? These are the things that REALLY matter!

So if you truly want to go as far as possible as an athlete, if you really want to become a champion, then overall your attitude. Go find yourself a Pete Sampras to model yourself after. Set your ego aside and start acting like a winner. Because, in the end, the only thing that really matters is not whether you won or lost, but HOW you played the game. If you can’t look yourself in the mirror after a win and know that you conducted yourself like a champion, then you didn’t really win! You can’t lie to that guy in the mirror. He/she always knows the truth!

If you are consistently under-achieving or struggling with a performance problem, call me today. I can help! Let’s work together to make 2020 your best year yet.