By Alan Goldberg
Posted December 9, 2015
In Attitude, Becoming a Champion, Handling Failure/Adversity, Out of Control Emotions/Jealousy and Anger, Peak Performance Strategies
How to Act Like a Champion No Matter What2015-12-092020-04-23/wp-content/uploads/2018/12/chm_cometitiveadvantage_logo_header.pngCompetitive Advantage: Mental Toughnesshttps://www.competitivedge.com/wp-content/uploads/2018/09/sport-659224_1280.jpg200px200px
0 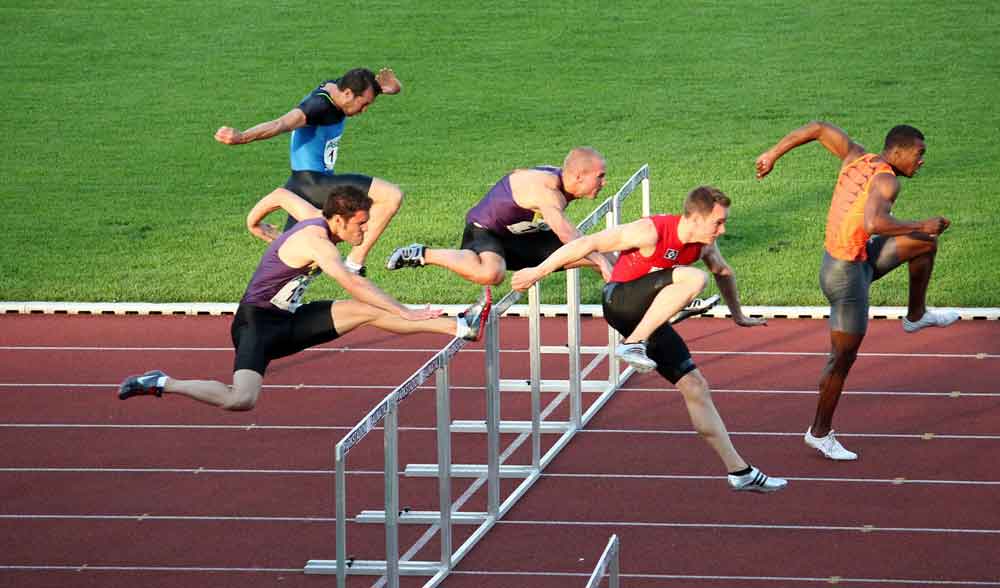 Whether you’re a young athlete still learning the ropes or you have years of experience, whether you win or lose, whether you feel confident or not on the INSIDE, it’s important to act like a champion on the OUTSIDE.

Never underestimate how far a good attitude can take you, or how much it can hurt your chances for success when you have a bad one.

What I mean by acting like a champion is to conduct yourself with class and dignity. No one is wild about losing or making mistakes despite putting in your best effort, but if you make a big scene and show that you’re a bad sport then you’re only going to make a fool of yourself and close yourself off from the opportunity to improve, not to mention leave a bad taste in the mouths of your teammates, coaches, and fans. Be more mature than that!

Here are a few specific examples of what to avoid, and what to do more of:

Don’t make excuses when you lose.

You WILL lose sometimes, it’s just part of the nature of sports, so the quicker you accept it as a normal thing to happen and not a major blow to your ego the better off you’ll be. When you do lose, learn from it and move on. Don’t blame the ref’s, the weather, your teammates, your opponents, the crowd, the field conditions, or bad luck. Take responsibility for your failures, focus on what you can control, congratulate your opponents, learn something, and do better next time. Real champions don’t waste time on excuses because they’re too busy thinking about how they can perform better in the future!

Don’t gloat when you win.

Similarly, don’t rub it in the faces of your opponents when you WIN. It’s one thing to be happy for your success and celebrate, but it’s another to get cocky and make a spectacle of yourself. Respond to your win in a way that is respectful of your opponents. Remember that it can just as easily be YOU on the losing end next time.

Ever see an athlete get upset in the middle or at the end of a match, throwing something or yelling at the refs, generally acting like a brat no matter what their age? It’s understandable to feel anger or frustration if you’re not doing as well as you’d like, but you have to learn to keep your emotions in check because this sort of behavior is not going to serve you well in the long run. If you feel strong emotions bubbling up, try to immediately take a deep breath and pause before you do anything rash. Oftentimes this small moment of awareness is just enough to remind you to control yourself and carry on with the game. If you still need to let off some steam after the game is over then do it when no one is watching, and then get over it.

I mentioned this above but it’s worth highlighting again. A real champion is humble enough to see themselves as a student on a path towards constant improvement, even if they’re at an Olympic level! When your primary question is “how can I improve?” rather than “how can I win?” you will cultivate an attitude that will open many more doors both on and off the field. A champion will seek out opportunities to work with the best coaches, to learn new skills, to practice more, to read and study, train with their opponents, and commit to working hard until they absolutely NAIL their technique. They don’t cut corners, skip practice, or cheat, they genuinely want to become the best version of themselves possible, and that is what makes them inspiring.

Look forward, not back.

Whatever happened in the past can stay in the past, and there’s no need to carry it around with you, dragging it into the future. Whether that means forgetting old rivalries, getting over your past mistakes, or releasing fears or blocks, approach each practice and competition with a fresh outlook. Stay focused on your big dreams while working towards reaching small goals and remember that no matter how slow your progress might happen, what matters most is that you’re moving in a forward direction and looking ahead. That’s what champions do.