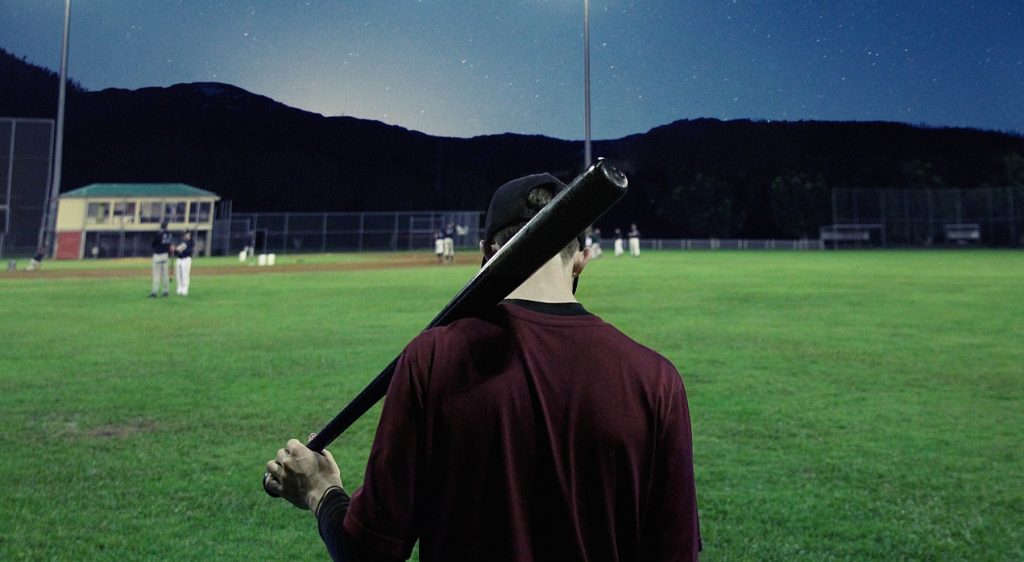 RULE OUT THE PHYSICAL
Before you assume that a slump is mental, you have to rule out the physical or technical factors that might be causing it. If I’m not hitting, is there something wrong with my stance, grip or swing mechanics. If I consistently commit errors is there something skill-wise wrong with my fielding technique. Don’t assume you have a head case until you’re sure the physical part of performance is ruled out!

IS THE SLUMP RELATED TO SOMETHING GOING ON OFF THE FIELD?
Sometimes ball players get into a slump because they are preoccupied or distracted by family or personal problems/pressures. Sometimes a slump is one of the only ways an athlete can cope with too many performance pressures. The athlete may not even be aware that this is the case as the problem is going on just out of consciousness. Also, as a coach, you might want to take a look at your own behavior in relation to the athlete. Sometimes slumps are directly related to how the coach deals with the ball player.

DEVELOP AWARENESS OF THE SLUMP AS A DIRECT RESULT OF “FAULTY MENTAL STRATEGIES”
Slumps are most often self-maintained by what the athlete says to him/herself Just before an at-bat or play in the field. As a coach you want to find out how the athlete sets themselves up by discovering their preperformance self-talk, imagery and focus.

NORMALIZE AND REFRAME THE SLUMP
Slumps and failure in this sport are normal. To be successful you must learn to deal with and master failure. A bad game or two does not cause the slump. The slump is a direct result of what the player says to themselves about their failures. Help your athletes reframe the meaning of those bad games as what they need to do to have the good ones. Failure gets you closer to success if you learn from them and then forget them.

CHALLENGE FAULTY BELIEFS
The slumping ballplayer has stopped believing in themselves. If left unchecked these negative beliefs will continue to keep them stuck. As a coach you have to help the athlete restore this belief. Catch them doing things right. Help them remember their successes (the slumping athlete develops “amnesia” for their good games). Confront their negativity and challenge their “can’t.” Let them know in as many ways as possible that you haven’t lost your belief in them.

RESTORE CORRECTIVE IMAGERY
A slumping athlete has a tendency to always “see” what he/she doesn’t want to happen instead of what they want to have happen. Help your athletes “change the channel” and begin to focus on making that play, getting that hit instead on what they are afraid of. The more internal practice of the right images, the more chance the ball player (or any athlete) will have of quickly snapping out of the performance difficulties.

RESTORE PROPER CONCENTRATION
Yogi Berra once said, “A full mind is an empty bat.” The slumping athlete thinks too much and focuses in his/her head. When you’re on, you’re not thinking and instead, you’re on automatic, focusing on the ball and just reacting. It’s the faulty focus that’s the main cause of the slump and that prevents the ball player from just trusting and letting the hits happen. Being too conscious causes the athlete to try too hard. Help refocus the athlete and distract their conscious mind from the at-bat or play.

TEACH THE “HERE & NOW” RULE
When you play well you’re mentally in the “here & now”. The slumping ball player is in the past, thinking about mistakes and failures, or in the future entertaining the “what-ifs”. Or they are in the wrong mental place, worrying about you and their playing time or focusing on the umps or rowdy fans. Teach your athletes how to recognize when they leave the “here and now” of the performance, and to quickly get themselves back.

REPROGRAM THOUGHTS/DEVELOP SELF-CONFIDENCE
The slumping athlete maintains a lot of inner negativity. They are continually down on themselves. Their negativity is part of the overall problem. Help them work on changing their “mental diet”. Help get them off all that “mental junk food” (“I stink”, “I always”, “I’ll never” etc.). Do not collude with their negativity. Remember G.I.G.O., Garbage In, Garbage Out.

TEACH STRESS CONTROL TECHNIQUES
The ballplayers who gets themselves stuck in a slump have trouble staying calm in the clutch. Their nervousness gets in their way of relaxing and performing to their potential. Teach them how to control their breathing and muscle tension and you’ll help them snap that slump.

ACT AS IF
Have Your athletes who are stuck, “act as if” they are not. Acting as if has to do with how the athlete carries him/herself. It refers to their posture. Watch a ball player who’s slumping and you’ll see it in their face, shoulders, head and step. As a “fall back position” teach your athletes to act as if by carrying themselves like a winner on the outside, regardless of how they may feel on the inside.