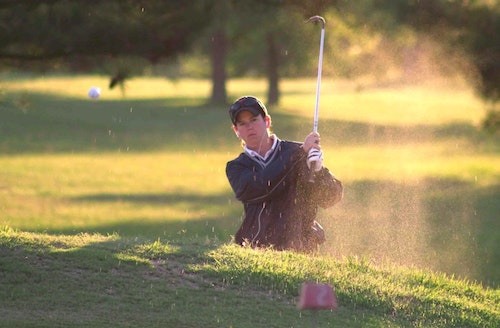 Webster’s dictionary defines the word “paradox” as a “statement that seems contradictory, unbelievable or absurd, but that may be actually true in fact.” In the field of Sports Performance Enhancement, there is no more important paradox that you must learn than the paradox of winning and losing. What is it? Is winning important to you? Do you truly, desperately need to win? The more a winning outcome is important to you, then the further winning must be from your consciousness and focus of concentration when it’s competition time. Want to beat that perennially tough rival of yours? Then, the further thoughts of him/her must be from your mind as the competition begins. When you think about or concentrate on winning, that is, when you keep winning close to you, the reality of it ever happening goes further and further away from you. Paradoxically concentrating on winning makes it more likely that you’ll lose. Similarly, when you dwell on beating that opponent of yours, you significantly increase the chances that he/she will beat you. Far too many athletes, coaches and parents do NOT understand how the paradox of winning works. If you fail to grasp its significance, then you will continue to choke under pressure and consistently steal defeat from the closing jaws of victory.

Today we will address this all-important “paradox of winning” as it related to THE ATHLETE.

“Winning will always take care of itself”

The two most common and costly mental mistakes that I see committed by you and your teammates, and by athletes at EVERY level across EVERY sport, EVERY day are very basic and, believe it or not, easily corrected. These two mistakes result in more heartache, disappointment, frustration, choking and poor performances than any I know of. Both mistakes fit nicely into the serious athlete’s naturally competitive nature. Correct these mistakes and you’ll be well on your way to mental toughness and performing to your potential when the heat of competition is turned way up. Continue to make these mistakes, and I can guarantee that you’ll continue to “cluck with the turkeys” rather than soar with the eagles.

Both of these mistakes are directly related to concentrating on the outcome of the contest. The first involves focusing too much on your opponent, specifically beating him or her. The second involves concentrating too much on winning, getting a certain time, scoring “x” number of points, going 3 for 3, or any of those outcome concerns. How do these mistakes fit into the serious athlete’s naturally competitive nature? Simple! If you are anything like me on the tennis court, then you probably hate losing with a passion. Most serious athletes do! Most likely you have certain opponents that you’d really like to beat. It’s your competitiveness and sometimes desperate need to win/come out on top of your opponent where the problem lies!

Too many athletes make winning so important that this is predominantly what they think about and focus on going into and during the contest. Similarly, many athletes want so badly to beat a particular opponent that they end up focusing far too much on this individual or team instead of on what they themselves are doing. Both of these concentration mistakes set you as an athlete up for failure. How?

Let’s take your opponent first. How your opponent performs, her skills, talent, strength, reputation, what she ate for breakfast, etc. is a HUGE UNCONTROLLABLE. What does this mean? You have absolutely no DIRECT control over her. Concentrating on needing to beat this opponent before or during the game, match or race will only serve to distract your focus from the important task at hand, get you physically and mentally uptight, undermine your confidence, and insure that you’ll perform with two left feet! In fact, it is this over focus on the opponent that leads athletes into getting psyched out and intimidated.

The paradox here is critically important for you to understand. Remember the definition of a paradox: “a statement that seems contradictory, unbelievable or absurd, but that may be actually true in fact.” If you truly want to beat someone else, if you truly want to kick his/her overconfident, annoying, little butt, regardless of whether this person is an opponent, a teammate, or a pesky archrival, then you need to be sure that you focus on YOU! That’s right! TO BEAT SOMEONE ELSE YOU MUST CONCENTRATE ON YOU. The more you focus on THEM, the less chance you will have of playing to your capabilities and actually beating them.

The same paradox holds true for the competition’s outcome. Is that championship truly important to you? Do you really want to break that school record, get the State cut or qualify for your area’s Super Bowl? If you do, then the thought of winning and achieving those goals must be the farthest thing from your mind right before and during the contest. The closer those goals are to your consciousness on game day, the farther away they will move from your grasp! Making a competition’s outcome too importance will set you up to perform tight and tentative.

I worked with a Division I college striker who was in the midst of a terrible scoring slump. He was the team’s top scorer and one of the primary reasons that this squad was achieving so much success this particular season. However, several games went by without him scoring any goals and he began to get preoccupied with his lack of production. Before games he’d dwell on his slump and his need to score. Out on the field he’d continue to think that he needed to score. The more he focused on scoring, the worse he played and the fewer scoring opportunities emerged. The times he did have shots on goal, he was uncharacteristically way off. Want to know something interesting about this guy who is now starting for an MLS team? Whenever he played well and scored, he NEVER, EVER thought of scoring either before or during the games!

In this most recent Winter Olympics, skating great Michele Kwan was in a solid first place going into the long program. Her goal? To win gold. She wanted to avenge her loss in the previous Olympics. She went out onto the ice thinking about winning. The result? She skated a terrible program and ruined her chances of winning gold. And what about the eventual gold medal winner, Sarah Hughes? She went into the long program in a virtually impossible-to-win-gold 4th place. She went onto the ice without any thoughts of winning and, as a result, skated relaxed and brilliantly to win the gold medal. Want to win? Then you must put winning completely out of your mind when it’s competition time.

Remember one of my favorite quotes:

WHEN THE ARCHER SHOOTS WITH LOVE AND PASSION FOR THE SHOOTING HE HAS ALL HIS SKILLS AND HITS THE BULLSEYE AGAIN AND AGAIN……….WHEN HE SHOOTS FOR THE GOLD, (center of the target) HE GOES BLIND!

At game time forget winning. Forget your opponent. Instead, FOCUS ON WHAT YOU ARE DOING IN THE MOMENT. If you concentrate on yourself and playing your own game in the NOW, winning and besting your opponent will take care of itself.