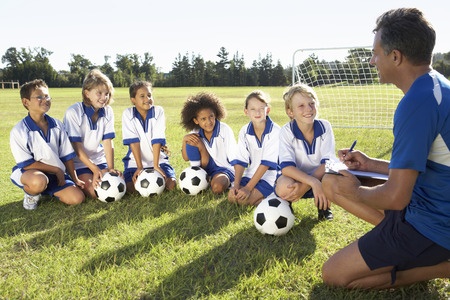 In old school coaching there is a dictatorial style adopted by the coach, a “my way or the highway” kind of approach. The individual takes on a hard-ass demeanor and doesn’t hesitate to yell and scream at or publicly embarrass anyone who fails to toe the line. These kinds of coaches believe that their position of authority (rather than who they are as a person) should automatically command respect and they teach using fear.

This school of coaching mistakenly believes that their approach is necessary to instill mental toughness in their athletes. They’re flat out wrong! It actually does the exact opposite!

For example, I recently talked to the father of a college baseball player. The athlete was considered by all who knew him back in high school to be in love with the game and possess big league talent. Unfortunately, this player had just completed his third consecutive season playing for an old school, “equal opportunity yeller,” an authoritarian coach who believed that screaming at and emotionally abusing his players was the key to coaching excellence. The ball player had his best year as a college freshman and then, in each of the next two years, his performance and enjoyment of the sport steadily did a nose dive. Two weeks before the end of his junior season, he decided to quit the game altogether. He was miserable playing baseball!

Research points to an entirely different school of coaching being far more effective in instilling mental toughness. In fact, this new school is also more successful in making athletes more self-motivated, coachable, self-confident, happier and harder working. On top of these, this style of coaching helps athletes better cope with adversity and actually perform better.

This new school of coaching adopts the radical notion of the coach as “servant-leader.” A servant-leader places his players’ needs, aspirations and interests ahead of his own. His chief motive is to serve first as opposed to leading. The servant-leader is not a “spaghetti spine” bending to every whim of his players. Instead, he is actually interested in what his players think and feel and consults them, using and integrating their feedback when appropriate.

The results of those who coach using this servant leader model of coaching as opposed to the old school, “my way or the highway” approach:

Mentally tougher athletes! – The keys to promoting mental toughness do NOT lie in an oppressive, authoritarian style. Instead, they lie in the coach’s ability to produce an environment which emphasizes trust, inclusion, humility and service!

Servant leaders are far more successful at motivating their players. Their athletes tend to have more fun when they practice and play. Their players feel, in general, more self-confident. In addition, the athletes of this kind of coach have a much stronger work ethic. Last, but surely not least, the servant-leader coach tends to win much more than his “win at all costs,” authoritarian colleague.

Great coaches don’t yell, scream, threaten or demean. They lead by example, genuinely care about their athletes and look to unselfishly serve. What’s it going to be for YOU?