(Loud adult noise from the sidelines) “Shoot the ball! Kick it! Come on Billy; for

God’s sake shoot it! (The 10 year old who’s related to the voice nervously tries to

pass the ball to his nearest teammate but instead, it awkwardly dribbles off the

side of his foot out of bounds. The boy’s father is now yelling.) “Billy what the

heck’s wrong with you son? Are you that stupid? I said shoot it! Do it like I

showed you! Now don’t be lazy! Move your butt and go get that ball back! (The

he hangs his head and runs after the ball. A few minutes later an opposing player

cleanly tackles Billy and takes the ball away from him. The referee’s whistle is

silent. The father explodes at the official.) “Are you blind or what? Where’s the

foul? How can you not call anything there? That’s a yellow card, ref! How can

you not see that? (The referee trots over to the father and tells him to calm down.

The father doesn’t back down). “I wouldn’t be complaining if you just did your

job!” (The referee glares at the man and warns him to keep his mouth shut

otherwise he will have him removed from the game. Suddenly it has become very

quiet on the field as the game comes to an abrupt halt. Billy and a number of

players from both teams stop and watch the altercation. Billy seems to be cringing

in embarrassment, looking for a way to disappear…. Just another FUN day on the 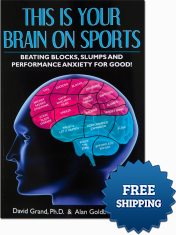 In theory, soccer is supposed to be an enjoyable “game” organized for and played

by kids. Its’ purpose is to teach game skills, tactics and a love for physical activity.

In addition, and when in the hands of appropriate adults, soccer provides its’

competition, mastering adversity in the pursuit of a goal and utilizing failure

constructively, all of which are geared towards building self-confidence and

leaving the child feeling better about himself. In theory!

Unfortunately, as the above scenario all too commonly illustrates, the reality of

and coaches are inadvertently and selfishly distracting the child-athlete from

what’s really important and, in the process, killing his/her joy for the sport.

Parents like Billy’s, who get too caught up in the game’s outcome, who pressure

their kids to perform, who are overly critical and demeaning when they make

mistakes, insure that their child will consistently play way below her potential,

seriously jeopardize the parent-child relationship and increase the likelihood that

their child will soon become a sports drop-out statistic.

children to be happy and successful. Towards this end, they are willing to sacrifice

their time, energy and financial resources taxiing their kids to and from practices,

getting them additional training, volunteering for team and club functions and

spending countless hours on the sidelines at tournaments and games.

Unfortunately, far too many parents do not know exactly what they should and

shouldn’t be doing to be the most helpful. Despite having positive intentions and

their child’s best interests at heart, these parents say and do things before, during

and after games that distract the child from focusing on the actual game, increase

his/her anxiety level and, as a consequence, sabotage his/her overall level of play.

So just how important is it for you as a parent that your child has a positive,

enriching experience in this sport? Do you really want your son or daughter to

perform to his/her potential? Are you truly interested in seeing smiles out there

during games instead of tears and unhappiness? If your answer to these questions

is a resounding “YES!” then there are very specific things that you can do as a

parent to make these things happen. Your role in relation to your child’s soccer is

absolutely critical in determining the quality of their experience. If you adopt the

appropriate behaviors and play the right role, then you will ensure that soccer

brings a smile to your child’s face and joy to his heart. If you play the wrong role

and act like Billy’s dad, then you’ll end up making a significant contribution to

your child’s unhappiness and heartache. 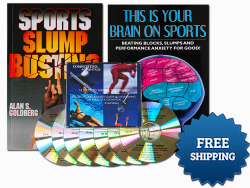 So what’s the right role? First and foremost your main “job” is to be your child’s

best fan. You need to be unconditionally supportive. If your child is having a bad

game, then she needs your love and support far more than when she’s playing out

of her mind. After a tough loss or a poor outing she needs you to be positive,

compassionate and loving. Providing feedback on what she did wrong or

serve to make a painful situation much worse.

Along these lines, love and support does NOT mean that you coach from the

sidelines. In fact, the VERY WORST THING that you as a parent can do is to

“coach” from the sidelines. What’s coaching? Offering “helpful” advice and

strategy before and during the game, telling your child what to do and where to

go, criticizing their play and getting angry with them when they make mistakes

are all examples of off-limit, exceedingly destructive parental behaviors. After

game critiquing is another example of VERY destructive parental coaching

behavior. Understand that you are NOT helping your child when you coach. You

will NOT get them to play better. You are NOT motivating them, even if you

know the game and that’s your intention! On the contrary! Coaching and

critiquing from the sidelines will distract your child from the flow of the game,

make him more nervous, kill his enjoyment and, as a consequence, insure that he

will consistently play badly. In addition, keep in mind that your “helpful” sideline

comments are most often experienced by your child as an embarrassment!

Coaching behaviors are only appropriate from the coaches, NOT the parents.

Instead, parents should smile from the sidelines, cheer for good execution

regardless of which side it comes from, and encourage fair play and good

sportsmanship. This means that you as a parent need to model appropriate,

mature behaviors during the game. Yelling at your child, his teammates or the

opponents is NOT mature, appropriate behavior. Loudly critiquing the officiating

is NOT mature or appropriate either. It is NOT your job to critique the referees.

Regardless of how well you may know this game, your calls are not better than the

referees’. Excuse me, but you are just a tad bit biased in this situation! Loudly

embarrassment to your child, but it’s quite selfish on your part. It takes the focus

of the game off of the kids where it belongs and puts it on YOU. Remember,

soccer is about the kids, NOT the adults.

decisions that they make. If you have a problem with the coaches then deal with

them at an appropriate time and place, NOT just before, during or right after a

game. Most coaches are volunteers, are grossly underpaid for their time and are

doing the best job that they know how. What they need from you is your support

and help, NOT your disdain and criticism.

Finally, try to act on the sidelines in a way that would make your son or daughter

proud to have you as a parent. Remember, your child is not the only one that’s

performing during the game. You are also a performer and the quality of their

experience is in your hands. Conduct yourself in such a way that you clearly

children, played by children. That is, you need to keep the proper perspective at

all times. If there are other parents around you who are unable to maintain this

kind of perspective, notify the team’s coach or league officials. It’s not your job to

get in the face of another parent for misbehaving. Let the coach or parent board

educate them at the next parents’ meeting.

Remember, soccer is a wonderful vehicle to help your children learn valuable life

lessons. Do your part to insure that the lessons that they learn are constructive

Are you struggling with a performance difficulty, or consistently underachieving?

Call me today. I can help!